Half Marathon Record tumbles despite the heat. 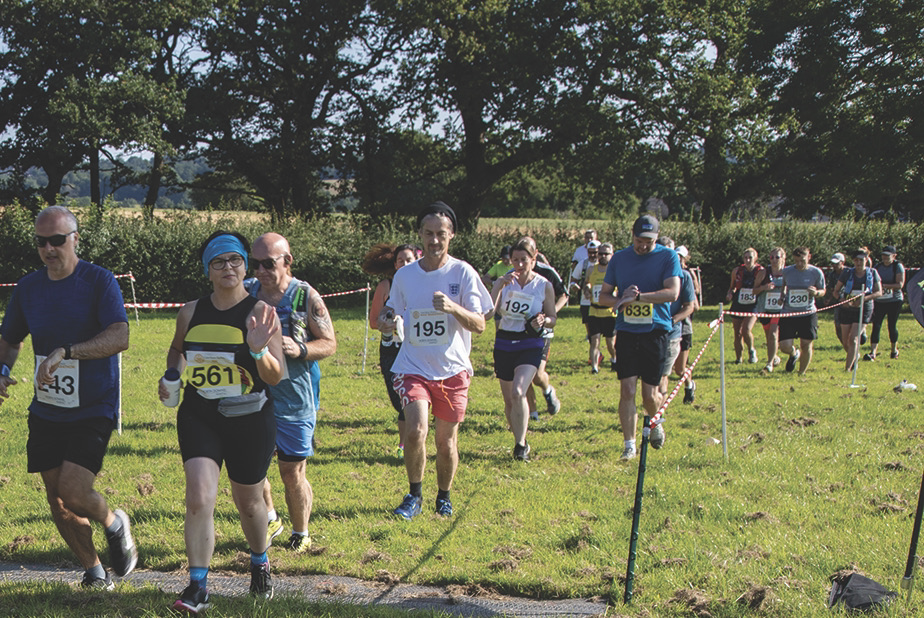 The sweltering temperatures on the day had a major affect on many of the runner’s times however Scott Overall from Blackheath & Bromley Harriers won the half marathon in a new course record time of 1 hour 9 minutes and 01seconds, knocking 54 seconds off the previous course record.

This year the half marathon was again part of the British Masters Athletics Federation championships with around 150 competitors from all over the country.

The distance of both events was linked to the roads surrounding Redhill Aerodrome including the village of Nutfield and was measured so that the event was approved and timed to count towards athlete’s performance records as required by UK Athletics. Welcome bottles of water were available to every finisher along with a medal, banana and a draw string bag from North Downs Hospital. There were also three water stations set up along the route.

Following COVID regulations meant there was no group warm up and runners were started in waves from 8.30am. The event village was kept to only the essentials and there were no prize-winner presentations. Runners were encouraged to leave as soon as they had finished.

Monica Clarke, Hospital Director of North Downs Hospital is delighted and proud to again be the main sponsor of the Caterham Rotary Half Marathon. It was fantastic to see an increase in numbers from the previous year. The runners brought the sunshine with them and the feedback from participants was that they loved the route. We very much look forward to continuing our association with this event in years to come.

Caterham Rotarian Richard York said “The runners, over two distances, were very pleased to be competing again, even in the early morning heat.  Many of them took the time to thank all the volunteers who make the event possible. We are raising funds for the Air Ambulance Kent Surrey and Sussex and SERV SSL who provided the lead bikes in full Blood Bike livery.”

In addition to our main sponsor North Downs Hospital and Yellow Jersey Insurance we would also like to thank the following organisations for their help and support leading up to the event and on the day.