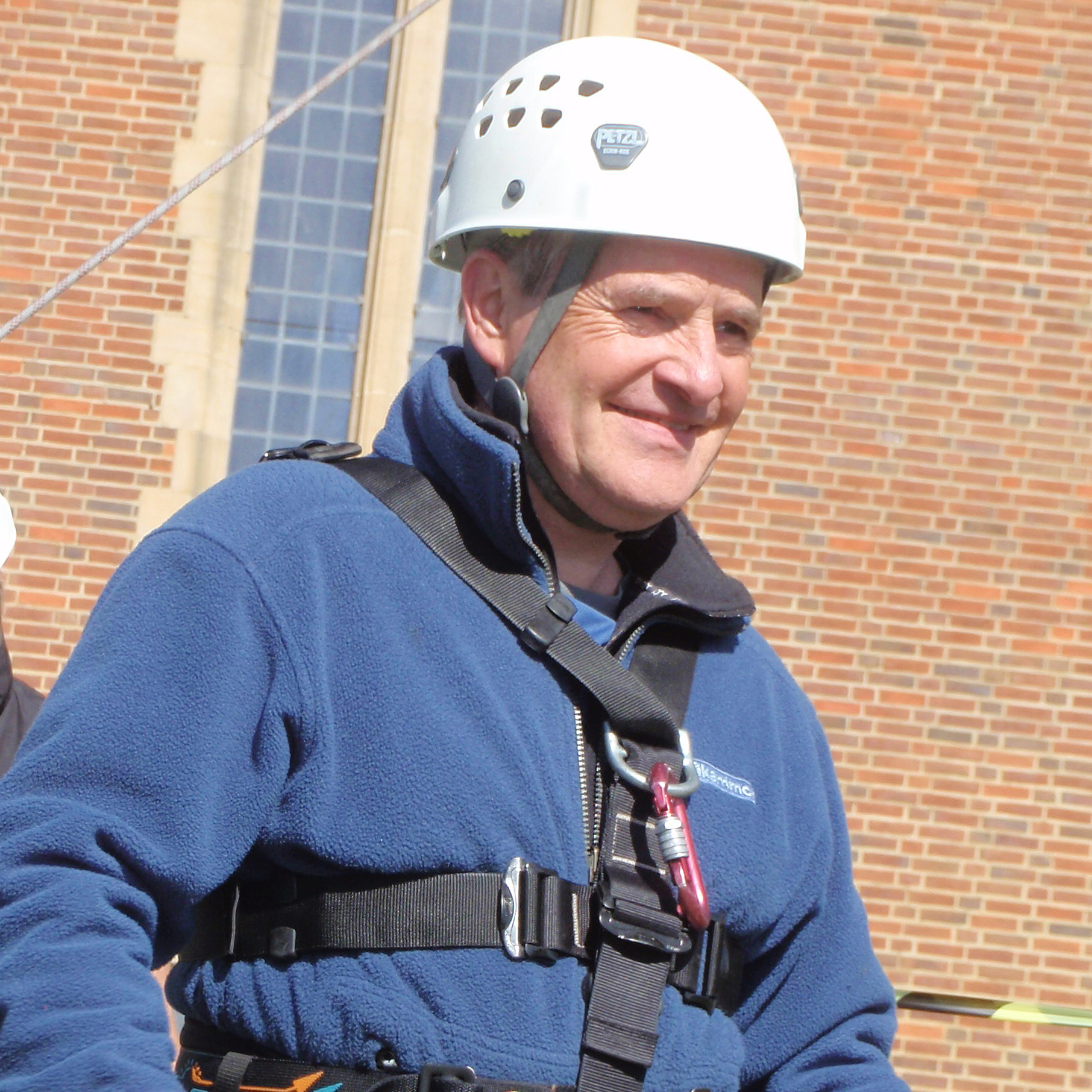 The Paul Harris Award was first established in Rotary (USA) to honour the founder of Rotary, Paul Harris, who in 1905 who with a group of friends formed the first Rotary Club in Chicago.

The award of a Paul Harris Fellowship (PHF) is made to Rotarians and non-Rotarians in recognition of outstanding service to the Community. It is the highest award that Rotary can present to a local person.

The Rotary Club of Caterham has awarded 20 PHF’s since it was established in 1929. The 21st PHF in Caterham Rotary Club was recently awarded to Rotarian  Richard York

In his younger days Richard was an active member of Caterham Round Table taking part among other things, in the fireworks display and the development of a children’s play area  in Queens Park and also at a special school,  Portley House Boarding School for the deaf -now Sunnydown School.

He joined Caterham Rotary in 2004, some years after his regulation retirement from Round Table at age 40.

His spent his career with IBM where he eventually became a manager handling major projects mainly in the banking sector.

He is a past Chairman of East Surrey College Governing Body and saw through the development of the new college campus.

He was Chairman of Caterham Rotary Club’s Community Services Committee until last year and it was during his time “managing the committee” that he brought his project management skills to the Bunny Fun Run 11 years ago and more recently to  the launch of  the Caterham Half Marathon & 10K.

He has structured both events in such a way that when the volunteers arrive at the venues for these two events they all know what to do, and how to get on with it and deliver!

During the 11 years of the Bunny Fun, the Club has helped raise either directly or indirectly nearly £25,000.

Photo is  of Richard after completing an abseil down Guildford Cathedral in support of the St John Ambulance.