A day with the Household Cavalry

On a very wet morning on Wednesday 2nd May, 29 Rotarians and guests set off to spend a day with the Household Cavalry at their Combermere Barracks in Windsor. The Cavalry consist of the Life Guards (red Ceremonial dress) and the Blues and Royals. 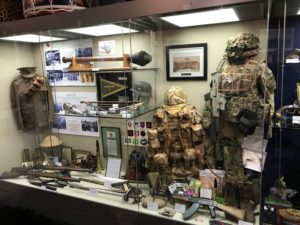 On arrival we were show into the Regimental Museum to view various artefacts including the medal collection which holds in excess of 1200 medals covering all campaigns from Waterloo to the present. We were then given a presentation by the Museum Curator on the history of the Regiment, its campaigns and battles, including the Charge of the Heavy Brigade, which was successful, and the more famous Charge of the Light Brigade, which was not. 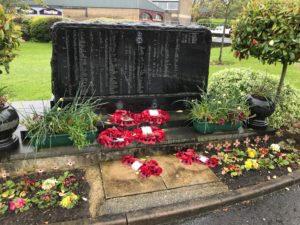 Then a visit to the Regimental Memorials where are listed every soldier who died in action from 1946.

We were then taken to the Equitation Wing to see the famous Cavalry Blacks although there were also 2 greys and 1 brown. They were magnificent beasts purchased in Ireland at a very young age and brought over to England for training. They had a taste for peppermints which they took from proffered hands although we were advised not to turn our backs on one called Nugger as he was likely to take a bite out of your shoulder. From the stables to the Tack Room to see the various items of kit which the soldiers have to clean and polish as well as their own and then on to the Blacksmith who was shoeing one of the Blacks with a young horse alongside to learn the smells and noises as part of his training. 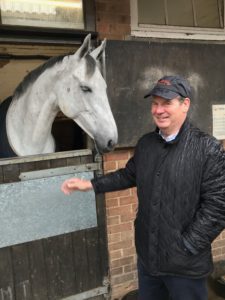 At the Blacksmith’s Forge.

After the horses it was on to the vehicle park to view the Armoured Vehicles used by the Regiment in their operational role. All the soldiers perform operational as well as ceremonial duties. 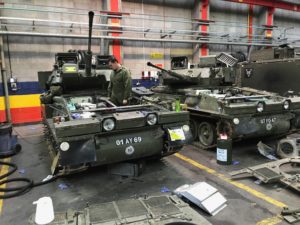 Vehicles in for repair by the Royal Electrical Mechanical Engineers.

Lunch was taken with the soldiers in the Cookhouse which provided very good food from a comprehensive menu for about £3 – 4.

After lunch we visited the Warrant Officers Mess to see the Regimental Silver where the bar was open (at much cheaper prices than Surrey National) and listen to Regimental tales including the famous “Brick”.

We then returned to the Museum for a presentation on the Ceremonial role of the Regiment. We were also shown pictures of some of the more famous soldiers including the Duke of Cambridge and Prince Harry (who both wore the dress uniform of the Blues and Royals at Harry’s wedding), Ray Milland and Tommy Cooper.

Various items of Ceremonial Kit were passed around the group and Mike O’Reilly’s partner Alex volunteered to dress up in the full kit.

A selection of weapons from the past to the modern day were also passed round including swords, rifles and machine guns. The modern battledress was too heavy for most people without the ceramic inserts which can stop a high velocity bullet.

After a last look around the Museum it was back to the coach for our return to Caterham. All agreed it was a very interesting and worthwhile day apart from the weather.