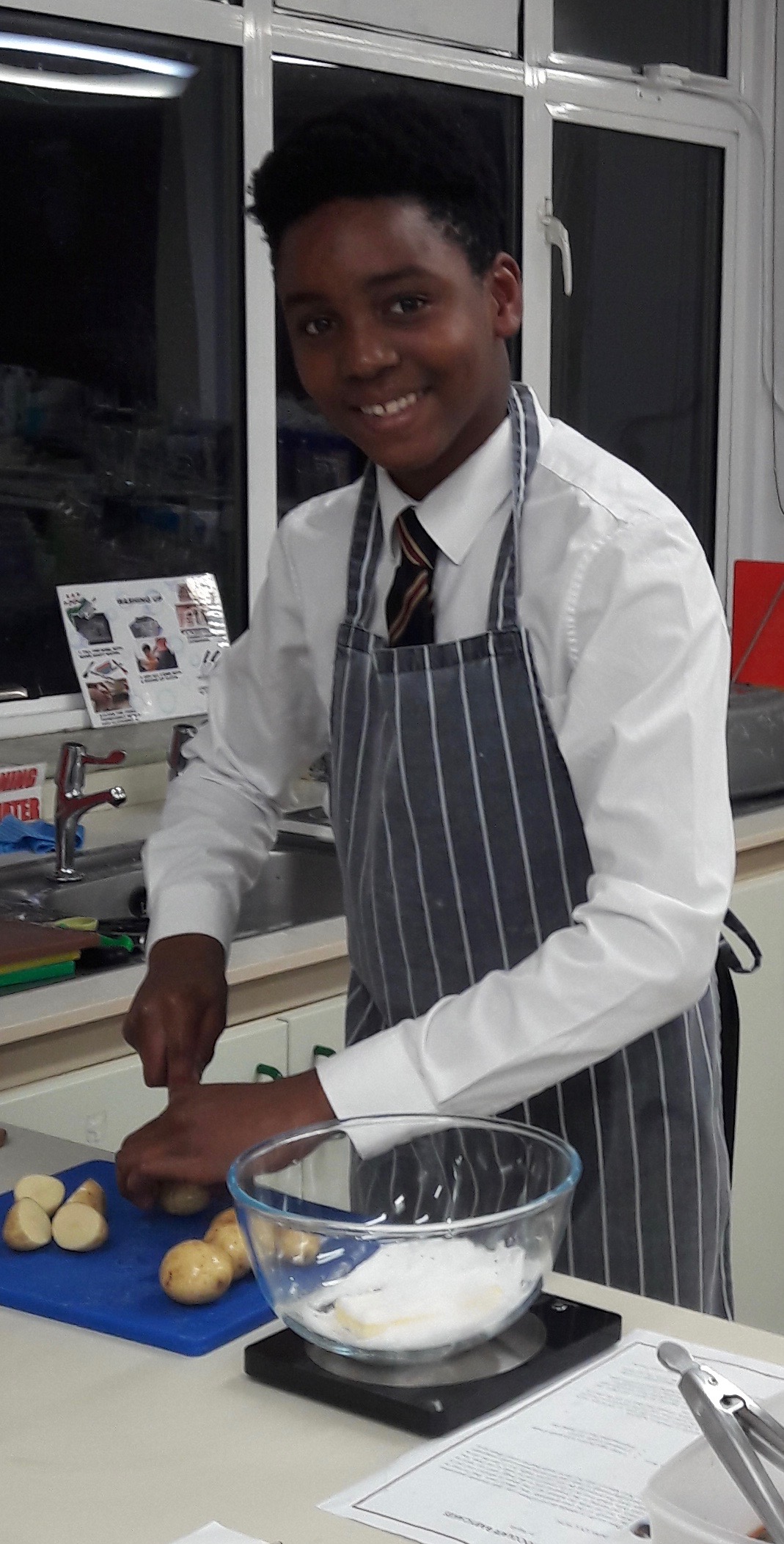 Their task was to produce a healthy three course meal with a starter, main course and a dessert for two people for £20 or under. They had to prepare a table and serve the food at the correct temperature in a time limit of two hours.

The two adjudicators were Michael Pirog, the chef de cuisine at the Surrey National Golf Club and Claude Bertin, a Rotary Club member. They were very impressed with the performances of the 14 participants and they congratulated them all on their preparation, planning, creating a timeline and their choice of ingredients as well as the meals they prepared.

The Food Technology Room at de Stafford School was filled with the sounds of young chefs at work and the aromas coming from their preparations were exquisite. The sights of the finished dishes which ranged from poultry, fish, meat, lamb, fruits and vegetables, soups, cheeses, stuffed peppers and so on were a delight to behold.

Geraint Jenkins President Elect of Caterham Rotary commented “by the end of the evening, we were all ravenously hungry and amazed by the delicious food being produced.”

The winner of the Gold Award was Babajimi Ogun from Caterham School, who produced a sweet chilli prawn starter, followed by a feta cheese and dried tomato lamb as a main course and dark chocolate bombs as a dessert.

Caterham Rotary Club would like to thank the adjudicators for their time and professionalism and massive congratulations to all the students who participated, each of whom will receive a certificate of Commendation.

Babajimi, Skye -Brooke and Ammon will now compete against another Young Chef’s in the Rotary District Competition which is part of a national initiative.