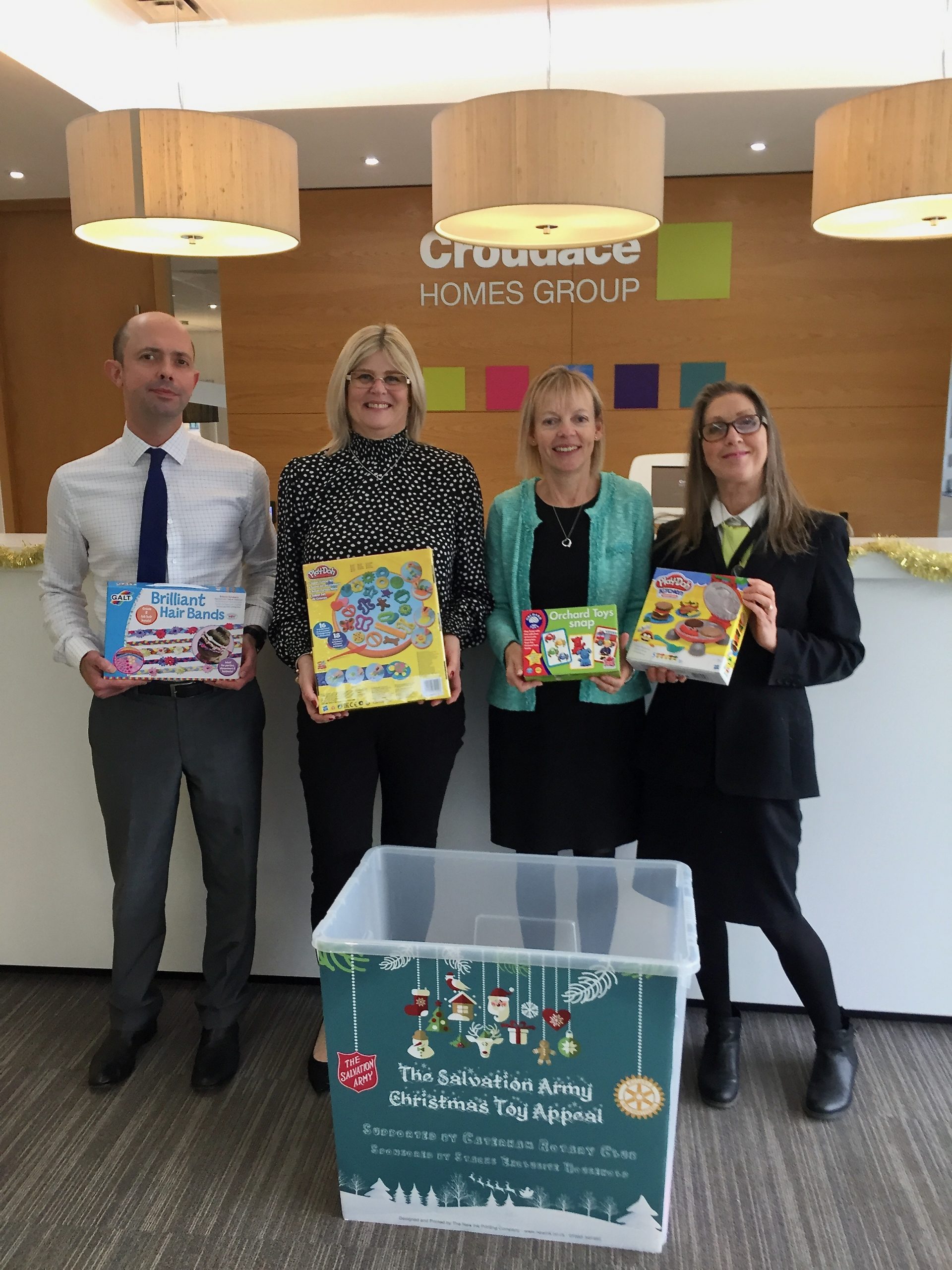 A close association over a number of years between Caterham Rotary and the Salvation Army’s annual Christmas appeal has led to the development of a new initiative involving the Rotary. Five years ago a pilot scheme was launched which set up three collecting points for the public to donate brand new toys and gifts for children who might not otherwise have received a Christmas present.

Large plastic boxes for collecting the toys were purchased locally at STACKS in Church Walk Caterham and branded boards produced by New Ink Printers Caterham on the Hill promoting the Appeal were added to the front of each box. Regular visits were made to each site to collect presents for wrapping and eventual distribution.

Rotarian Stephanie Barrett who led this project expressed her delight saying “the public and staff at all the locations were very generous and I was amazed to see so many of the boxes overflowing with toys, books and various gifts. The Salvation Toy Appeal is becoming very successful in the local area and we are hoping that there will be more outlets contacting us for Christmas 2020.” Caterhamrotary2@gmail.com

Andrew Jones, Facilities and Maintenance Supervisor at Croudace Homes, commented “it’s such a worthy cause; staff support here has been superb.”