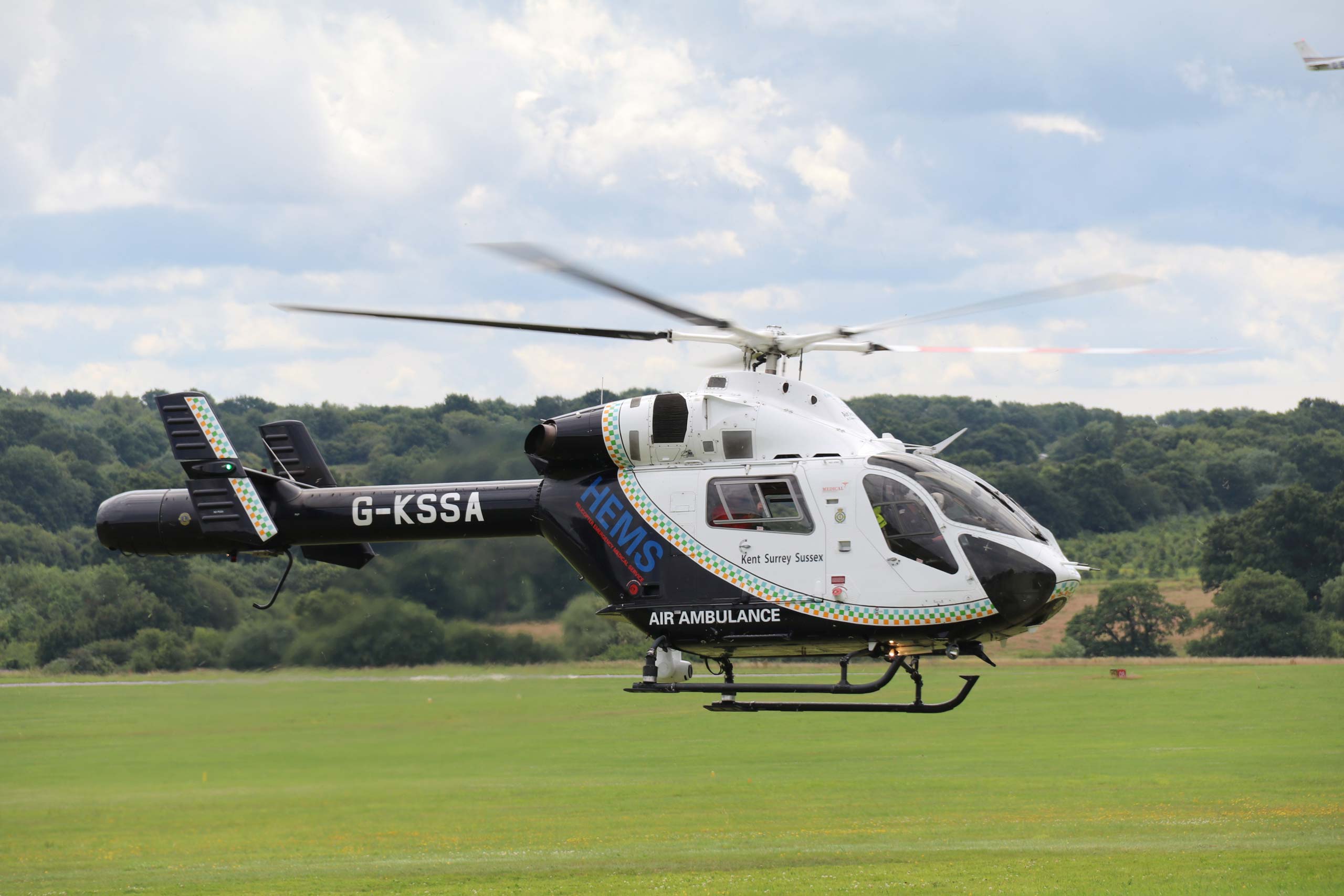 We are delighted to be able to make a donation to Kent Surrey & Sussex Air Ambulance of over three thousand pounds with the funds raised by the Half Marathon and 10K this year sponsored by local independent hospital North Downs Hospital, Caterham.

The money has been raised from participant’s entry fees and the generosity of sponsors. Also essential to the event have been the volunteers who helped in the preparation and on the day. Their support was invaluable. Anyone interested in helping next year with such things as advertising, sponsorship or marshaling should make contact by emailing caterhamrotary2@gmail.com

In addition to our main sponsor, North Downs Hospital, we would also like to thank the following organisations for their help and support leading up to the event and on the day: Redhill Aerodrome, SERV SS Blood Bikes, Waitrose (Caterham), Caterham Photography, Bunny Hop Dance and Fitness, Larners Cycles, Morrisons, Coop, Nice Work Race Management, Raynet Communications, Dinerette.

In 2018 the Half Marathon and 10k are being held on Sunday 22rd July and are part of the British Master Athletic Federation championships. Caterham Rotary also organize the Easter Bunny Runs (1K and 5K) which are on Sunday 25 March in 2018 in Queens Park Caterham.