First Responders to the rescue! 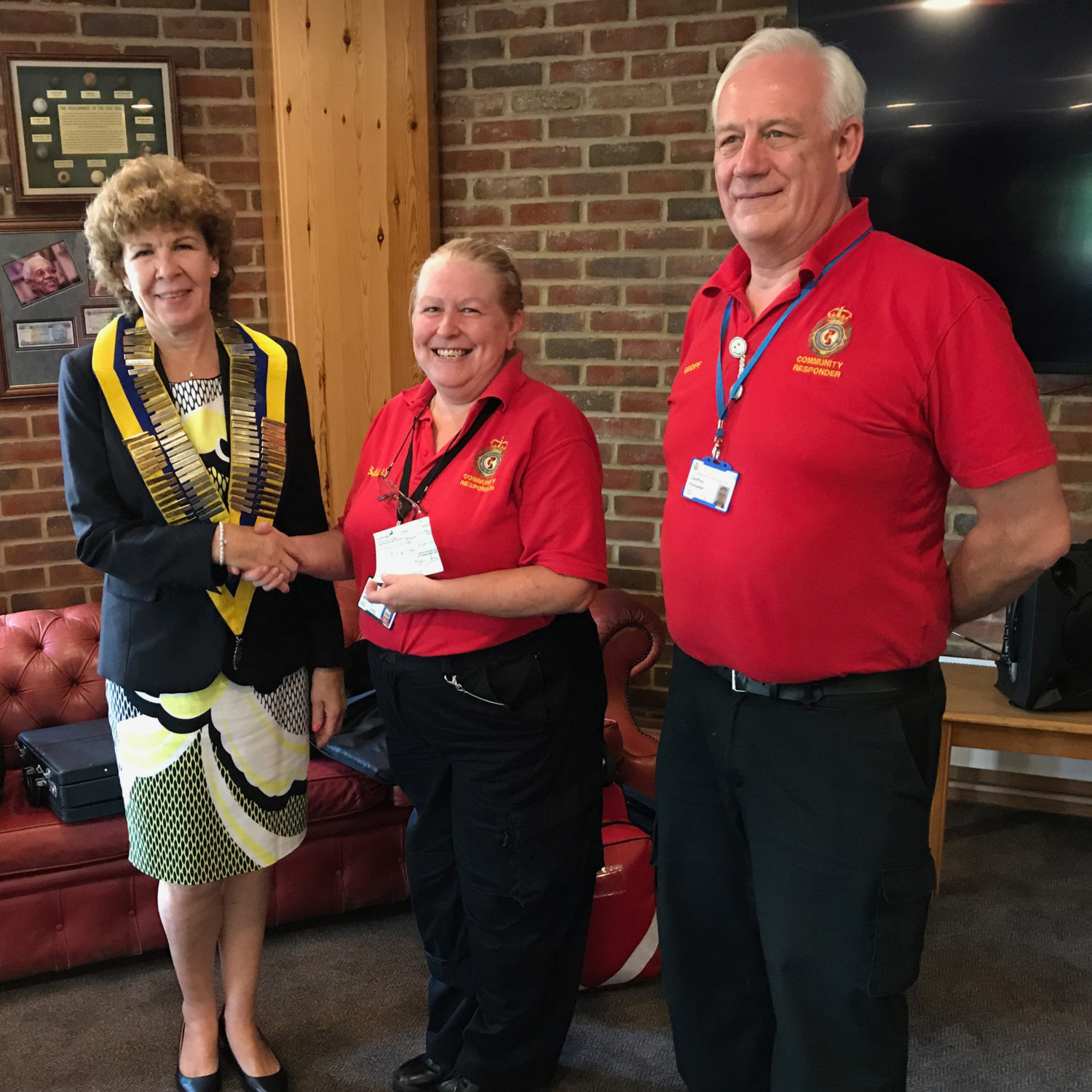 Recent visitors to Caterham Rotary were Caterham Community First Responders Sally Monnery (Team Leader) and First Responder Geoff Kempster. They are valuable members of a volunteer team who provide emergency response ahead of the NHS Ambulance for 999 emergency calls which the South East Coast Ambulance Service [SECamb] deem to be serious and /or life threatening or other calls where a fast response will make a difference to a patient’s survival.   Following a presentation to the Club members by Geoff on the operational aspects of the First Responders Caterham Rotary President Stephanie Barrett presented Sally with a cheque

The Caterham Group are now 4 strong and looking to expand their resources to provide wider coverage and support. They are there to provide assistance to those with a medical emergency, and most importantly to start and maintain the chain of survival in cardiac arrest patients until a fully equipped ambulance arrives.  Their training and governance requirements are looked after by SECamb

Sally Monnery said “ It is a privilege to be able to support our community under the umbrella of SECamb. We are very grateful to Caterham Rotary for their generous donation to enable us to equip one of the new team members. If anyone is interested in learning more about becoming a First Responder, they can email me at caterham999responders@gmail.com “

Stephanie Barrett commented “First responders do not receive any central funding and they have to rely on raising money to provide for uniforms and lifesaving equipment and it’s for this reason why we have chosen to support the equipping of a new Community Responder for the Caterham and surrounding area.”

The 4 Responders team taking part in a training session. 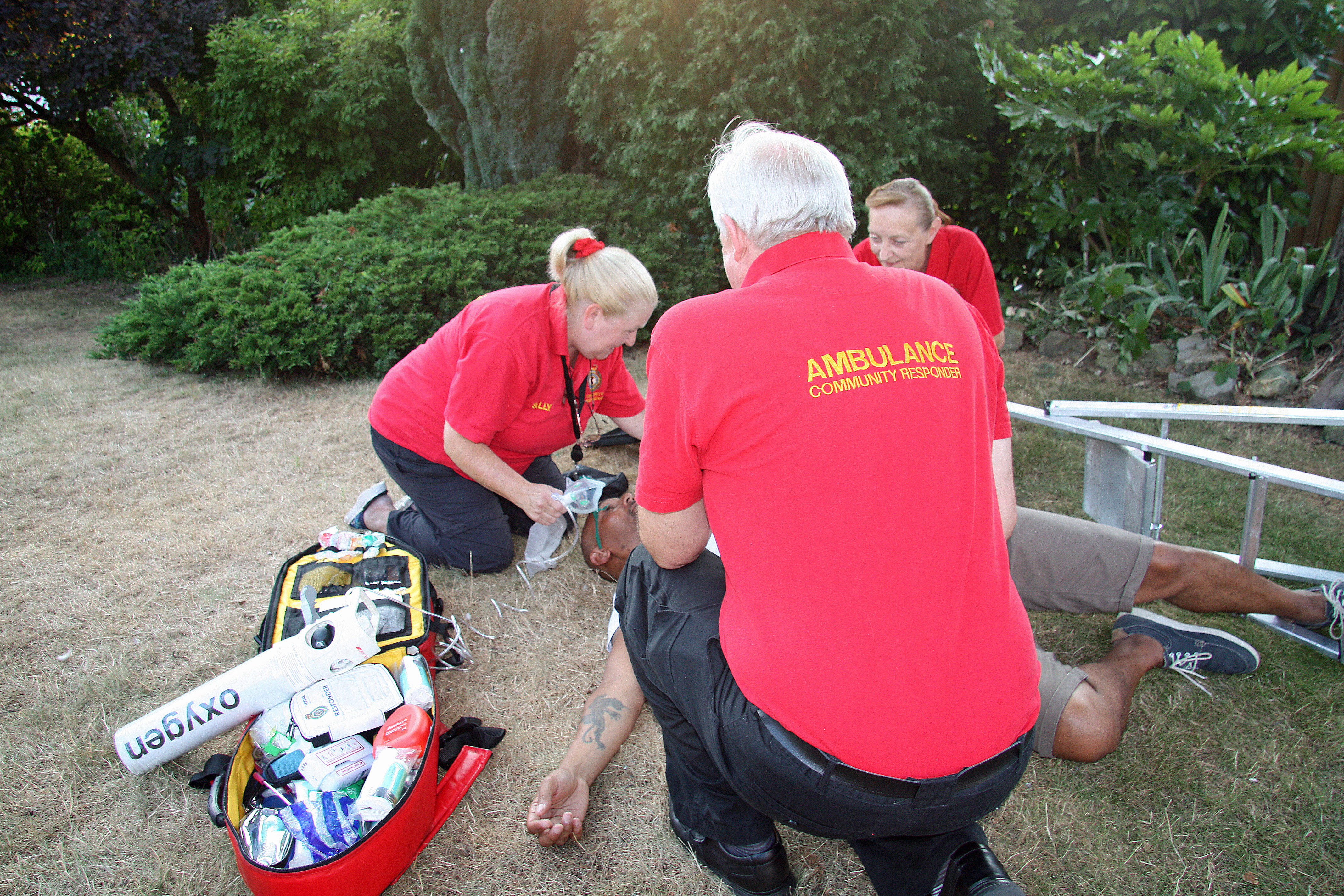