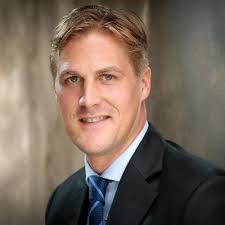 FROM A  ROTARY MAGAZINE ARTICLE

BITTEN BY THE BLACK DOG

ROTARY CLUB OF LONDON NO. 50

“Really, James?  You?  You’re the last person I can imagine suffering from depression!  You’re always so fun, so lively, so positive about everything…  I just don’t understand how you could be depressive.”I’ve heard words to this effect quite a few times in my life.  I don’t really mind.  I suppose I should take it as a compliment.  I normally just smile sweetly.  But, inside, I’m saying to myself, “No.  No; you don’t understand, do you…”And why should they?  If you don’t suffer from depression yourself or know anyone who does then, indeed, why should you understand?  The chances are, though, that you almost definitely do know someone who suffers from depression.  The catch is that not everyone talks about it.  I have never hidden my depression; I’ve never had a problem with disclosing it or discussing it.  But I’ve never shouted it from the rooftops either; this article is definitely a ‘first’ for me.

Recently, I was fortunate enough to be able to make a personal choice of charity to receive a healthy donation – and I chose The Charlie Memorial Trust, a charity I can best describe by quoting the opening line from their website: “Our vision is of a world where people understand and talk openly about depression…”  When it came to that item, I said I’d like to say a few words:

“Many, if not indeed most, of you know that I suffer from depression.  Always have done – and, doubtless, always will.  Depression is an illness which… Well, it can be very unpleasant sometimes.  Sometimes unbearable.  And it drives some people to take their own lives…

I was subsequently stunned as to how many people came up to me after the meeting to specifically comment on this relatively pretty small part of the meeting.  The most touching example: “James, I just wanted to thank you for what you said.  You don’t know this, obviously, but I too suffer from depression.  I think you must be only the fourth person in the world I have told.”  This ‘confession’ alone was reason enough for me to want to write about this important subject in Rotary.  Another member – really rather senior – wrote to me afterwards to say, “I am so very sorry that you have been bitten by ‘the black dog’.  I have bitter memories and experience of it and have come out the other side none the worse, seemingly, although it felt overwhelming at the time.”Depression is nothing to be ashamed of.  However, whilst we have come a long way since I was first diagnosed 25 years ago, there is still considerable stigma.  So many people choose to keep it to themselves to avoid any possible negative reaction from others.  They just don’t want to take the risk – and I really can’t blame them.  Robin Williams said, “All it takes is a beautiful fake smile to hide an injured soul and they will never notice how broken you really are.”  Indeed, it is all too easy to hide it – and yet it’s so counterproductive.  It’s a cliché but a problem shared can really be a problem halved.  Recent studies have shown how sociability can be immensely helpful for people experiencing depression.  (I knew I was a Rotarian for a reason!)

I don’t want to limit this piece to talking about depression alone, though.  I have plenty of friends who have mental health problems much more interesting than common-or-garden depression (or even some of the more exotic forms of depression!)  The point I am trying hard to make is that, whilst mental health problems are often invisible to others, they are very real to those who are suffering from them.  My own mental health problems are something I battle with on a daily basis – and those who find me “so fun, so lively, so positive” don’t realise that this is quite simply my primary coping mechanism.  Every day it’s an effort to get out of bed and face the world and it’s only by (sometimes literally) slapping myself round the face in the morning and forcing myself to conjure up some positive energy out of nowhere that I am at all able to function.

I can but encourage others to speak up and share their issues of mental health.  I can understand your apprehension but I can assure you it’s worth it.  It wasn’t easy for me to stand up and speak from the heart about it – but every reaction I had was a positive one.  I most definitely don’t think myself lucky to suffer from depression – but I do think myself lucky to be so well supported by so many good people.