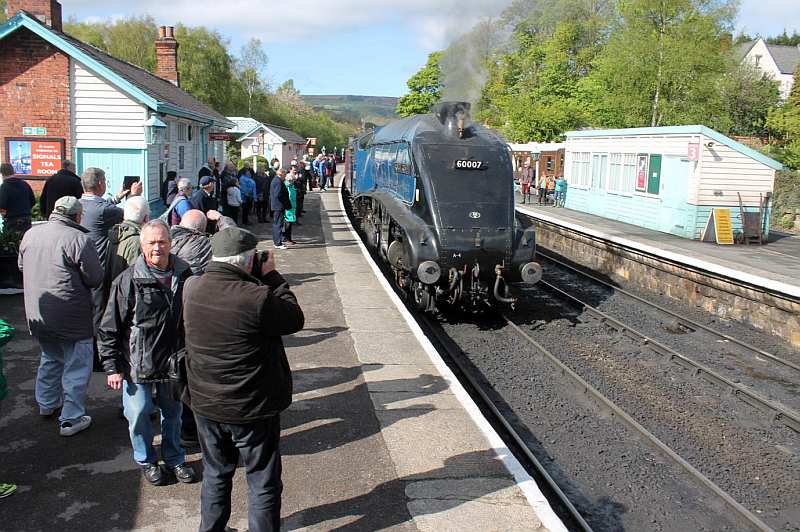 Gresley is best known for his main line steam locomotives such as Mallard and Flying Scotsman, but he had a significant influence also on railway carriage design and the steering gear for ocean liners, founded the Rotary Club of Doncaster in 1922, and was an active Rotarian in his later years at St Albans. Mark Scoggins will speak to highlights of Gresley’s personal and professional life, and models of his major locomotive designs will be on display.
Photo features steam locomotive Sir Nigel Gresley