Professor Alan Aylward will explain what the Woodland Trust does, its history and how it has developed over the years. He will include the importance of woodland to the UK and for the wellbeing of our native fauna and people generally and will put that in to context of current government policy and environmental thinking.
Alan’s professorship is nothing to do with trees – he is a Professor of Atmospheric Physics (currently Emeritus at UCL) and my research was into the aurorae and atmospheres of the Earth, solar system planets and exoplanets. However I have also been a member of the Woodland Trust since the 80’s and when they bought Langley Vale farm near where I lived to form the English First World War memorial site I started to take a larger role as a volunteer, first on their arable plant research team and general dogsbody, and then as a speaker. 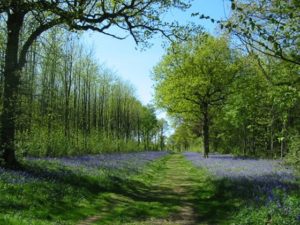